It happens to me quite often. When I tell people I had cancer and I underwent an extensive surgery followed by the course of chemotherapy they often stare at me and say that chemo kills. It actually upsets me a lot.

“You have decided to take chemo??? Do you know that it kills your healthy cells? You should have taken marijuana instead… it cures everything…”

I hear a lot about governments and pharmaceutical companies holding secrets about cancer cure because cancer is a multi-billion $ business and it’s not profitable to release the cancer cure to the public.

Those people may be right. I certainly don’t know. They talk about alternative treatments, healthy eating, turmeric, vitamin C, juicing…

The only answer I have to them is that it is easy to say when you are not faced with this terrible diagnosis. Would you really take this risk especially if the diagnosis is stage IIIc and go in searching for an alternative treatment… which may work… I don’t know.

I have made this decision to go with conventional treatment… I am supplementing it now with changed lifestyle… healthy eating … juicing… Was I right?… Time will tell…

The below is an excellent article about fear and misinformation…. 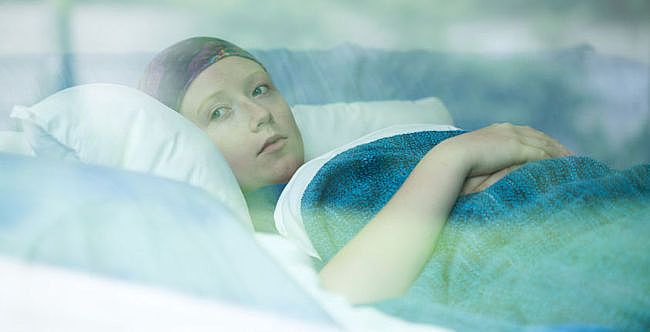 I had a terrible time with cancer. I underwent chemo and radiotherapy, but what if I had tried alternative medicine instead?

Well, I wouldn’t have actually. I like science too much. I like the clarity it gives us based on empirical evidence. And I like the ability of the scientific community to change their thinking and future direction of study when theories are proved, disproved or new evidence comes to light.

I’m sure the same problem happens in any scientific field of study but what makes my blood boil is when people pass off completely incorrect medical information about a particular disease or treatment and it puts other people’s lives in danger.

I follow someone on Facebook. They are into, let’s say, the more metaphysical arts and have quite the following. Most of the time, I like what they have to say but just last week, they shared something and I got really angry about it.

They shared a blog post from a pseudo-science site in the US and in the first couple of paragraphs, it stated that “chemotherapy promotes cancer growth” then went on to propose a number of alternative therapies.

Wait, what? Chemotherapy, the treatment created to kill cancer actually promotes cancer growth instead? And were was the scientific evidence of this fact? There wasn’t any … It was just a short comment as part of a larger paragraph.

I commented on the share this person made about how they shouldn’t be sharing obviously wrong information and all I got back was a torrent of self-righteous justification about the Illuminati, the New World Order and how we shouldn’t trust anything anyone in the medical community says because it’s all about profit for Big Pharma.

“All Doctors are liars and it’s just about profit! Really?”

I consider myself a woman of science, and when I was told, by someone with over 25-years experience in the diagnostic and treatment of cancer, that I was weeks away from death, that chemotherapy would stop the growth of the tumour in my head and that would give them enough time to come up with a plan for destroying the tumour with radiotherapy … well, I undertook the treatment. Why wouldn’t I?

Yes, it scared the absolute shit out of me. I’m going to die? Me? That quickly? And the way to save my life is by filling my body with toxic chemicals and shooting massive amounts of directed radiation at me? And that it may not work at all and even after all of that terrible treatment, I could still die? They gave me 50/50 odds because it was a late diagnosis.

And despite the absolutely horrendous journey through treatment and recovery, I did survive, and here I am writing this blog post. But if I wasn’t a person who follows science and listens to the expert opinion of an entire team of people who have saved countless lives over the years using the exact same treatment I received, well, maybe I wouldn’t be here now.

I want to make it clear that I’m not against alternative therapies and treatments to reduce the risks of getting a major disease, but when you actually have that disease then you bloody well need to listen to your doctors and follow the treatment plan they give you.

Like the most awesome Tim Minchin said in his witty diatribe against the misinformed, “do you know what they call alternative medicine that’s been proven to work? It’s called medicine!“

Even my hero Steve Jobs regretted following the alternative medicines route and said that he should have listened to his specialists and his family rather than drinking herbal tea and visiting spiritualists. They could have cured him and saved his life if he’d undergone their treatment sooner.

The entire world wants a cure for cancer and there are many scientists working in the field. If any one of the many and varied alternative medicines proposed by people around the world are proven to work, through research, control groups, peer review and statistical studies, then don’t you think that the cash-strapped NHS wouldn’t prescribe it?

I’m not talking about the USA and Big Pharma, I’m talking about the National Health Service, right here in the United Kingdom where drugs are only prescribed if they’re cheap enough and have good enough results. This is an organisation that has shrinking budgets and teams of dedicated front-line staff who would love to be out of a job when a cure for cancer is discovered, many of them told me just that.

“A bag of super expensive chemicals or a lemon? The cost savings are obvious!”

I have no doubt that ‘some’ alternative therapies work for ‘some’ people ‘some’ of the time, but sharing anecdotal evidence from ordinary people not trained in scientific methodology is a dangerous thing; a very dangerous thing.

And for those people who have a massive following on social media? Well, you also have a responsibility to ensure you don’t share information which is blatantly wrong and could put people’s lives at risk.

By all means, live a spiritual life, eat only organic vegan food, exercise every single day, get a good night’s sleep, don’t drink, don’t smoke … and yes, drink your hot lemon in the mornings and your alkaline water throughout the day as a way to reduce the risks of contracting a possibly fatal disease.

But when it comes to the crunch, and you still contract a potentially fatal disease like cancer, remember … it’s science that will give you a greatly improved chance of survival, not alternative medicine, so listen to your medical team!

One thought on “Of Alternative Medicines, Misinformation And Fear”