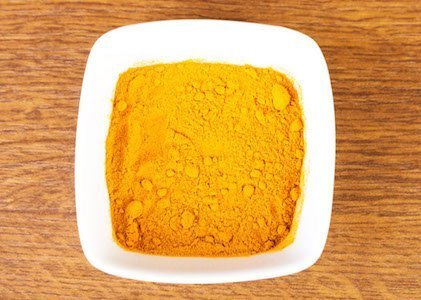 Well I think I’M IN LOVE and a bit excited by all my study links but I had to share some of these amazing findings! The benefits of turmeric seem endless and the list keeps growing! I am blown away with all the research and potential health benefits from this humble little root. It has been reported that turmeric has over 500 health benefits and it may positively modulate over 700 gene expressions in the body! Turmeric is a rhizome and belongs to the ginger family. Turmeric contains a major active component called curcumin, this compound is the subject of more than 5,700 peer-reviewed and published biomedical studies. This humble spice is one of the most researched medicinal plants in the world today. Ancient Chinese and Indian medicine have been using this spice to treat many health ailments for thousands of years. This spice is commonly associated with Indian and Asian cooking and is often seen in curry spice blends. The deep colour represents its rich anti-oxidant and phyto-nutrient

Here are some of its main health benefits:

Cancer Prevention – Turmeric is highly associated with its anti-cancer properties. There is a long list of studies supporting its anti-cancer benefits including multi-drug resistant cancers and its potential to actually kill cancer stem cells which may be the driving force behind tumor growths. A number of studies conclude that turmeric has the potential to dramatically decreased brain tumors by up to 81% (that’s a bit wow wee). Another interesting study showed its potential for the prevention and treatment for pancreatic cancer combined with fish oils. Another study found that curcumin increases levels of circulating Vitamin C and E, and shows a strong reduction in DNA damage (another wow!)

Fights Infections – It is used as an antimicrobial as it has been shown to kill infections particularly in the digestive tract and topically as a paste. A broad-spectrum of resistant infections can be resolved with the use of this spice.

Improve Arthritis and Other Inflammatory Conditions – Curcumin has been found to slow or stop enzymes that cause inflammation, like cyclooxygenase-2 and 5-lipooxygenase. Due to these actions, turmeric has shown significant improvements for inflammatory conditions such as rheumatoid arthritis, osteoarthritis, pain, tissue degeneration and inflammatory bowel conditions. Also has been shown to reduce post-operative inflammation.

Lower Cholesterol – Turmeric has been shown to be helpful for the protection of the oxidation of LDL cholesterol. A 2008 study published in the journal Drugs in R & D found that a standardized preparation of curcuminoids which are found in turmeric compared favourably with atorvastatin (lipotor) on the reduction of tissue inflammatory cytokines and markers of oxidative stress in type 2 diabetic patients. This inflammatory reaction within the blood vessels is said to be the largest contributing factor in the underlying pathology for atherosclerosis (hardening of the arteries).

Some studies have been comparing its benefits with a number of prescribed medications without the side-effects that are so commonly seen with many medications.  Medication can often cause numerous side-effects that in some cases can be worse than the disease itself in the longer-term. Turmeric shows little or no side-effects at all.

An important recommendation to improve the absorption and bioavailability of curcumin is to combine it with pepper. Peperine, a pepper phyto-nutrient that creates the hot has been shown to increase the bioavailability of curcumin by 2000%. Due to the fact curcumin is a fat-soluble phenol compound, the absorption of this anti-oxidant will be improved by consuming turmeric with healthy fats.

To improve the absorption of the medicinal properties from this wonder spice. Consume turmeric with natural fats in meals, juices or smoothies. Using avocados, extra-virgin olive oil, coconut oil and other healthy fats, and adding a dash of pepper to enhance its bioavailability!

Mix turmeric in olive oil for a salad dressing and seasoning with a dash of sea salt and pepper.
Slightly heat turmeric, pepper and coconut oil when making curries or any other spice based meal.
Roast or sauté vegetables with oil, turmeric and pepper.
Add fresh or dried turmeric to a smoothie containing coconut milk, almond milk or avocado.
Add turmeric into a vegetable juice and add a teaspoon of oil (avocado, coconut, hemp or cold-pressed olive oil) and a dash of pepper if desired.
Make spiced soups with fresh or dried turmeric, oil and pepper.
Take it directly off the spoon with a drizzle of any healthy oil and pepper.
Traditionally Ayurverdic medicine uses golden milk to treat health ailments or as a health beverage. This is the process of making a paste from turmeric and coconut oil and adding it to a milk product.